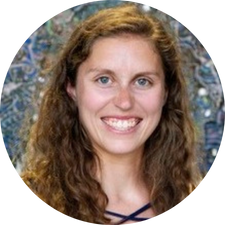 Margaret Borden became interested in math education when, while volunteering at the homeless shelter in her community, learned from multiple residents that math had been the main barrier for them when trying to get an education. She has always believed that math is powerful and should be accessed by all, but regularly encounters people who do not believe that they are capable of doing math nor do they want to do math. For this reason, she has spent her career exploring ways to create space in the world of mathematics to help people see that they belong there and that math is everywhere.

Margaret Borden has studied math education since beginning her career at NC State University in 2011. Early on, she became interested in learner-centered teaching and project-based learning (PBL), and gave multiple presentations on them at conferences like NCCTM and the NC State Math Summit. After graduating, she worked at Knightdale High School of Collaborative Design, where she taught Math 2 and AP Statistics using a PBL approach. While teaching, she received a Kenan Fellowship and worked on her Master’s of Math Education part-time. She then returned to NC State full-time to pursue a Ph.D. in math education. At NC State, she works as a Graduate Research Assistant on two PBL teams, one that is interdisciplinary (PBI Global) and one that focuses on math specifically (Design and Pitch). She also works with Open Way Learning to support math teachers at various schools and writes PBL math  curriculum for Defined Learning.

Margaret Borden lives in Raleigh, NC with her husband, two young daughters, and two rescue dogs. She enjoys walking with her family, boating on a near-by lake, and frequenting local breweries and restaurants. She also enjoys traveling with her husband, especially to places with cool climates, gorgeous views, and very few people. Her extended family lives close by and spends lots of time at the beach, so Margaret and her family often join them for special grandparent time at the beach.